The Link Between Sleep Apnoea and Heart Disease

The Link Between Sleep Apnoea and Heart Disease

Sleep apnoea is a debilitating disorder with a risk of serious health consequences if left untreated. Yet it is estimated 85% of those with the disorder are unaware it is the reason for their nights of interrupted sleep and fatigue.

The most common form of the disorder is obstructive sleep apnoea (OSA), where the soft tissues in the upper airways collapse while sleeping, leading to breathing difficulties.

The reduction in blood oxygen levels prompts the brain to wake the body for air. This can happen numerous times a night depending on the severity of the condition and can be scary for all concerned as sufferers can awake gasping for breath.

While more research is required to ascertain the exact reasons behind the health issues linked to the condition, studies show one of the serious health risks which increases with the disorder is heart disease.

How OSA Can Affect the Heart

The likely reason why a sleep disorder like OSA can impact on cardiovascular health is the frequent interruptions to sleep sufferers experience. These interruptions will be dependent on the severity of the disorder, but it can be between 5 to 100 times every hour.

On each occasion blood oxygen levels initially drop before the body is briefly awoken, which can lead to a sudden upward spike in these levels. This micro-arousal of the body also puts additional stress on the heart as it has to accelerate quickly.

Normally through the night blood pressure and heart rate may go up and down during the different period of sleep we experience. However, this changes for OSA sufferers, the swings becoming more dramatic dependent on the number of interruptions to breathing encountered.

Over time the additional stresses being placed on the body by OSA, including the heart, can cause lasting damage. The sudden drops in blood pressure during an apnoea can lead to constricted blood vessels which can then lead to dangerous spikes of high blood pressure.

A narrowing of the blood vessels supplying the heart due to OSA can also lead to a hardening of the arteries in the heart, known as atherosclerosis, which in turn can result in a heart attack or heart damage.

The sheer effort to respond to the drop in blood oxygen levels, which can dip to as low as 60% from the normal 95% to 100%, can lead to a thickening of the heart walls. This could damage the heart and affect its ability to function properly.

People with OSA can have a higher heart rate, even during the day when they are awake. Yet it can also lead to a severe drop in heart rate which can result in a cardiac arrest.

There are a number of other reactions to the effects of a lack of sleep and frequent apnoeas while asleep, including an increase in inflammation markers in the body, increased pressure in the chest and increased resistance to insulin, all of which can impact on your heart health.

As more research has studied cardiovascular disease and sleep apnoea the results continue to point to a link between the sleep disorder and a worsening of heart health.

It is striking to researchers just how often these two health issues are found in the same person. Various studies have reported between 47% and 83% of patients with heart disease also have OSA and collected data indicates the sleep disorder could increase a person’s risk of death from cardiovascular disease by five times.

Cardiovascular disease is one of the largest causes of death of any illness or condition. Therefore if poor quality of sleep caused by a disorder such as OSA is increasing the risk, statistical research is key.

A study conducted by the Wisconsin Sleep Study involved over 1,500 participants, looking at outcomes across an 18 year period following an initial sleep study. They found those who had sleep disorders which affected their breathing during the night were 3 times more likely to die over the period of the study.

Sleep disorders like OSA can lead to an increase in risk for a number of serious health issues including stroke, high blood pressure and type 2 diabetes. However, when the data was analysed in more detail the study also concluded those with severe OSA who had remained untreated were at 5 times more risk of a heart related death.

The untreated element of that statistic is important, especially with 85% of OSA sufferers unaware they have the condition. OSA is a treatable condition, helping to remove its symptoms and reduce the risk of serious health consequences. One of the leading treatments for moderate to severe OSA is continuous positive airway pressure (CPAP) therapy, a treatment which can take some adjusting to but needs persisting with to reap the benefits.

With the evidence stacking up showing a link between OSA and cardiovascular disease, treating the sleep disorder is crucial. Symptoms include loud snoring, fatigue, morning headaches, increased irritability and poor concentration levels. If you think you may have OSA it is important to consult a doctor as soon as possible for a diagnosis. OSA can range in severity from mild through to severe. For mild to moderate OSA your doctor may recommend lifestyle changes such as a better diet and more exercise as obesity is seen as a leading factor in developing the condition. You may also be given an oral device to wear overnight which keeps your airways open by gently pushing the lower jaw down as you sleep.

However, CPAP therapy remains a leading treatment for OSA and involves a device which supplies a steady stream of air through a mask while you sleep. By keeping the airways open your breathing remains unaffected and you should not experience the apnoeas which force the body to awake.

Persistence is the key as the therapy must be continued to have the desired effects. A research project involving 168 patients in Ireland found the instances of cardiovascular disease increased 14% in those who did not use their therapy device, compared to 5% who did.

A much larger study of nearly 11,000 people by the Mayo Clinic Sleep Disorder Center in Minnesota reported those who had not used their CPAP device in the 5 to 15 years since diagnosis saw their risk of death from sudden cardiac arrest jump significantly.

The evidence showing how sleep disorders like OSA impact on cardiovascular disease is mounting, with the severity of the disorder increasing the risk. In the US alone it is estimated 1 in 5 may have mild OSA and 1 in 15 have a moderate severity level of the disorder.

Taking into account the estimate of 85% not being aware they have the condition, this equates to a huge amount of people not receiving treatment for a disorder which can increase the risk of cardiovascular disease.

This can include heart failure, heart attack, sudden cardiac arrest and atherosclerotic heart disease and together they are one of the leading causes of fatalities worldwide. More research to identify the link is required, but more awareness of the symptoms and the treatment available for OSA is also paramount. 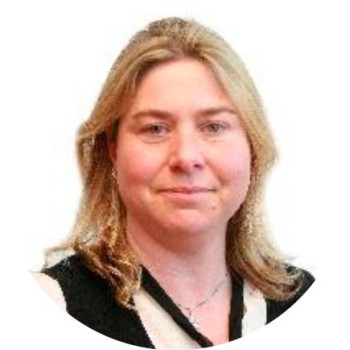