How Sleep Cleans Your Brain

How Sleep Cleans Your Brain

Sleep plays an essential role in our overall health, although how exactly it does this is still not completely understood. The fact we are asleep for a third of our lives emphasises how important sleep as a restorative tool has remained through our evolution.

Overnight there are many bodily processes which help restore the body and mind in preparation for the following day. Adults should be sleeping between 7 and 9 hours every night to optimise their recovery.

However, disorders such as sleep apnoea, of which obstructive sleep apnoea is the most common form, can result in extended periods of sleep deprivation.

Sufferers of obstructive sleep apnoea frequently awake during the night as the brain reacts to breathing difficulties caused by a narrowing of the upper airways. The disruptive nature of the disorder robs the body of the necessary hours of restorative rest it requires.

It is largely accepted that sleep has a number of biological purposes rather than just one all-encompassing purpose. One of these involves how our brains reorganise the neurons within it. Researchers theorise sleeping helps the brain to clean up from one day’s activities before rebooting to prepare for the next day.

Studies of this theory have centred on the glymphatic system, the brain's waste clearance system. The cells generate waste through the day while performing normal functions. The researchers were keen to know how the brain's glymphatic system operated overnight to clean out this waste.

Researchers tested the theory (using mice) that the brain could clean out the waste and still process sensory information at the same time. They found that large quantities of cerebrospinal fluid passed through the brain while the mice slept, with considerably less when they were awake. They also noted the channels between the cells increased by 60% in size when the mice were sleeping, allowing more fluid to pass through.

The implications of this research could be significant and emphasise once more how important good sleeping patterns are for our health. By better understanding how the glymphatic system clears out waste, researchers hope to benefit studies in to neurological diseases like Alzheimer’s.

The hope is by understanding and making this waste disposal system work more efficiently it could help play a role in combatting conditions like Alzheimer’s.

Similarly, the immune system depends on having a regular and consistent sleeping pattern. When we are tired and run down often seems the times when we are more at risk of becoming ill. When we are asleep, the body produces proteins which help combat infections and inflammation, as well as making antibodies which target harmful bacteria and germs. Sleeping for 7 to 9 hours consistently each night helps produce the proteins and antibodies to ward off illness.

Another area which can benefit while we are asleep is weight management. While you are sleeping, hormones which affect your hunger levels such as ghrelin are reduced as you are using up less energy. When you are not sleeping enough, your levels of ghrelin will be higher and subsequently you will feel hungry -- increasing the risk of putting on weight.

When we are not sleeping properly and not getting the hours of rest we know we need, we can notice certain issues arising such as poor focus and concentration levels, irritability, memory problems and general fatigue. However, there are many more health issues which may be linked to sleep deprivation over a period of time. These include:

Ultimately, sleeping problems can lead to early mortality and anyone suffering from sleeping issues should consult their doctor to better understand the underlying cause.

People suffering with sleep apnoea will most likely not be receiving the hours of restorative rest they need each night. Having obstructive sleep apnoea diagnosed is key as the symptoms can be reduced through treatment.

Only through treatment can the frequent night time interruptions be prevented, allowing for undisturbed hours asleep. This can finally allow the body, including our brains, to carry out the important functions required which repair the body and mind from the day’s activities. 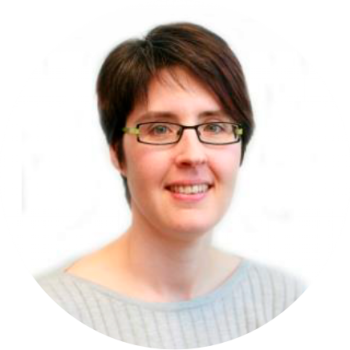 About author: Helen Clarkson is a Sleep Specialist at Baywater Healthcare. Ms. Clarkson has worked with Baywater since 2008, working closely with patients in delivering sleep/bi-level services including sleep and respiratory, both in the home and clinic setting. This includes therapy initiation and troubleshooting support. Ms. Clarkson is responsible for delivering the Baywater Healthcare patient adherence management programme to ensure continuing patient therapy compliance. works in conjunction with NHS clinicians and procurement to deliver excellence in home and clinic-based services. She provides training on all aspects of sleep including devices and interfaces. Previously, Ms. Clarkson served as Respiratory Physiologist at Pontefract General Infirmary. Her position was Senior MTO for lung function/sleep department, and she was responsible for performing simple and complex sleep studies, sleep study analysis, CPAP initiation, therapy adherence and troubleshooting/service clinics, spirometry, lung volumes and transfer factor, reversibility, CPET, hyperventilation testing, EIA testing, skin prick testing, 6 min walk tests. She has also held roles as Respiratory Physiologist and Respiratory Technician, working closely with patients with respiratory disorders -- including ex-miners. Ms. Clarkson has a BSc (Honors) in Applied biology from University of Staffordshire. She also studied Developments in Sleep Medicine (advanced course) at St. Thomas’ Hospital, and took the Edinburgh Sleep Medicine course. She completed the BSS: Advanced sleep course and the ARTP NIV Course.